What series should I watch next?

The one with Anne Hathaway was stunning.   I am shocked at the star power involved in these stories.

I especially liked the one with Tina Fey and John Slattery.  And I learned after watching it that the adoption story was based on a 2005 Modern Love essay written by Dan Savage. Just curious, why are you shocked?

I just didn't think it would be such a big vehicle for that caliber of actors.   Not sure why, sounded like a Hallmark afternoon special type thing.

I binge-watched the new season of The Kominsky Method.  I don't know why I like that show, but I could not stop watching it.

Season 3 of Atypical just came out.  I will watch that soon.

I have gotten into the first few episodes of Dr Foster — is there more to the story?

My daughter suggested I watch Queer Eye on Netflix. I watched two episodes and I was quite put off by it. I thought the five gay "consultants" were extraordinarily pretentious, over the top and very insensitive to the 2 rather timid subjects I saw.

Also, the changes that the team make for (with?) the subject are so superficial. One imagines that a week later, the subjects will have returned to their old slovenly, passive and timid selves. What these people need is intensive therapy, not to be laughed at by a bunch of TV personalities.

Anyone watching Watchmen? I'm halfway through Ep 1 and I'm sold.

Anyone watching Watchmen? I'm halfway through Ep 1 and I'm sold.

I'm watching it, but I'm not surprised I'm the only response! The major actors are great, and I love the creative story, new, unexpected, but it's so new that I'm never quite sure what I think! Still, I keep watching, and want to know what happens!

Just discovered Penny Dreadful reruns on Showtime in time for Halloween and the rest of the year. Very Industrial Revolution, a bit Steampunk, with a intense dose of horror. Great sets, costumes and special effects.My new hobby will be catching up on a few seasons of this Gothic Horror series.

Imaginative high quality, and fun, the actors are great, you have to be open/into this kind of stuff, but if you are, it's a fun ride!

I'm watching it, but I'm not surprised I'm the only response! The major actors are great, and I love the creative story, new, unexpected, but it's so new that I'm never quite sure what I think! Still, I keep watching, and want to know what happens!

Then we have something in common

I'm hesitant to even start Maisel - I can't imagine it developing much further.

Intrigued by His Dark Materials on HBO. From the writer Philip Pullman who gave us The Golden Compass. Worth checking out for fantasy fans, and fans of Lin Manuel Miranda. 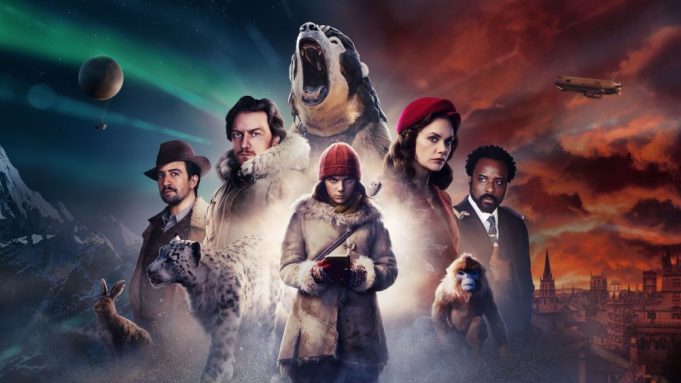 I happened to read, and enjoyed, The Golden Compass recently not knowing this series was coming out.  I was underwhelmed by the first HBO episode.  It didn't seem to have the rich dialogue of the book. Not giving up.

Hard to believe how good this show once was. Sheesh. It’s quite awful this season. The Jane Lynch character is unwatchable. The writing is sophomoric.

The Neighbors on Amazon had  a good first season, but season two, thus far, seems too complicated and contrived— acting is strong in both seasons, however.

Enough fear to make you take up your welcome mat, and get heavier curtains!

Hard to believe how good this show once was. Sheesh. It’s quite awful this season. The Jane Lynch character is unwatchable. The writing is sophomoric.

If I see that promo with the prostitute joke one more time I'm gonna scream.

ok, I'm 3 episodes into Maisel and I'm not hating it yet.

I really like End of the F***ing World.  When I started it - I didn't think I would like it - but the pacing of it is great.  Has a feeling of Fargo to it.  I'm through season one - 8 half hour episodes.

Million Dollar Menu on Netflix is fun.  It's about restaurateurs trying to get investor's in England - 2 restaurant concepts per episode.  The stupid part is having them sit around for an hour waiting for an investor to walk through the door.

I'm five episodes into Maisel and enjoying it. Perhaps not as good as Season 1, but some very funny moments.

In this script a war of sorts plays out. A war of the ages and a war of our time and country: Conservative vs Liberal.
Worthy.
https://www.netflix.com/Title/80174451?preventIntent=true&fbclid=IwAR0KwJZXQxlERUeuuUvzBPfXAQgUAcw_hiWY1I7Kl1b18qBY-3e8d-qJiz4

Totally agree about The Two Popes. I wasn't expecting to like it as much as I did -- it's a moving story and beautiful to watch.

One more vote for Two Popes.  Which one gets the Best Actor award?

Watched American Factory on Netflix. I can’t recommend it highly enough. We talk about China all the time and it’s tRump’s obsession. Watch this fascinating, sad and brutally-real documentary to see what China, and America, are really about and how profoundly and fundamentally different they are.  It’s a must-see if you want to understand the worlds economy and America’s place in it.

And please share your reaction here. I’m curious what others think.

One of the things that amazed me in that film was the Chinese managers' blatant disregard for U.S. labor/employment laws at the U.S. factory.

I was ill last night and blew through 7 episodes of The World According to Jeff Goldblum. He's a bizarre man, but his sheer enthusiasm for learning things and ability to talk to anyone from all walks of life was fascinating. And you get to learn a couple things about subjects you never thought of before. Edited to add: This is on Disney+.

A True Crime series: The Keepers. Insight into serious scandal issues in The Catholic Church in Baltimore. On Netflix. Dark, Troubling and Intense.

Does anyone recommend Unbelievable on Netflix? Thanks.

I just finished watching it.  It was eye opening and disturbing.  Kudos to the real life detectives who solved the case.

highly recommend "Longmire" on netflix  there are 6 seasons and im sad its over.  it is not new-the last season was in 2017.

I just watched the 1st episode of the new Mrs Maisel  and I think im done-will let my better half continue on without me.

finished season two of End of the F***ing World.  It's really well done.  First two episodes can be a bit lame.  Episode 3 changes the game a bit and then it's a fun ride.  Music reminds me a bit of pulp fiction.

The Messiah on Netflix has me captivated.

ETA @sportsnut: I watched Unbelievable, it was very good, but disturbing. It was awful what the police did to the victim.

Return to all Discussions
Return to Arts & Entertainment